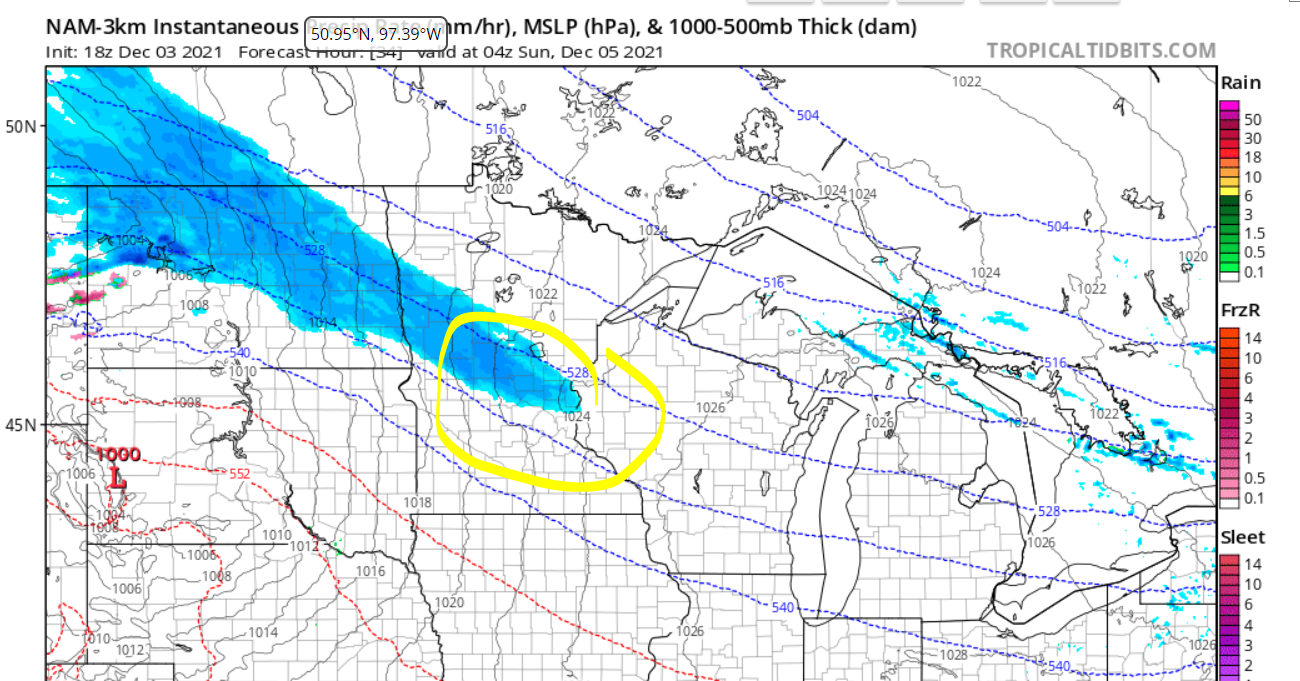 The first will have a strong impact on northern Minnesota, with a Winter Storm Watch in effect for late Saturday night through Sunday night in northern MN, with a possible 5-9″ of snow in some locations as a result.

In the Twin Cities we’re looking at what I’d call two distinct sections of wintry mix/winter weather, with any snow coming on the front end (Saturday night) or again on the back side (Sunday night). There likely won’t be much accumulation, but some spots could see slickness on sidewalks/roads.

This is the forecast radar image around 10 p.m. Saturday night, and you can see the nose of the storm system trying to drive in some snow as warm air lifts north/slides east:

The back of this storm is a little more “messy” as while we could see little spits of precipitation on and off throughout Sunday, the more frequent chances come closer to 3-6 p.m. on Sunday:

Overall, I’m not anticipating much for the Twin Cities or areas south toward Mankato/Rochester out of this system, but keep an eye out for any path chances.

The second storm system has more of a low-level, but broad impact on Minnesota. Snow would start to arrive on Tuesday, and at this point I think it’s fairly safe to expect 1-2″ of snow of out this, which has been fairly consistent over the past few model runs.