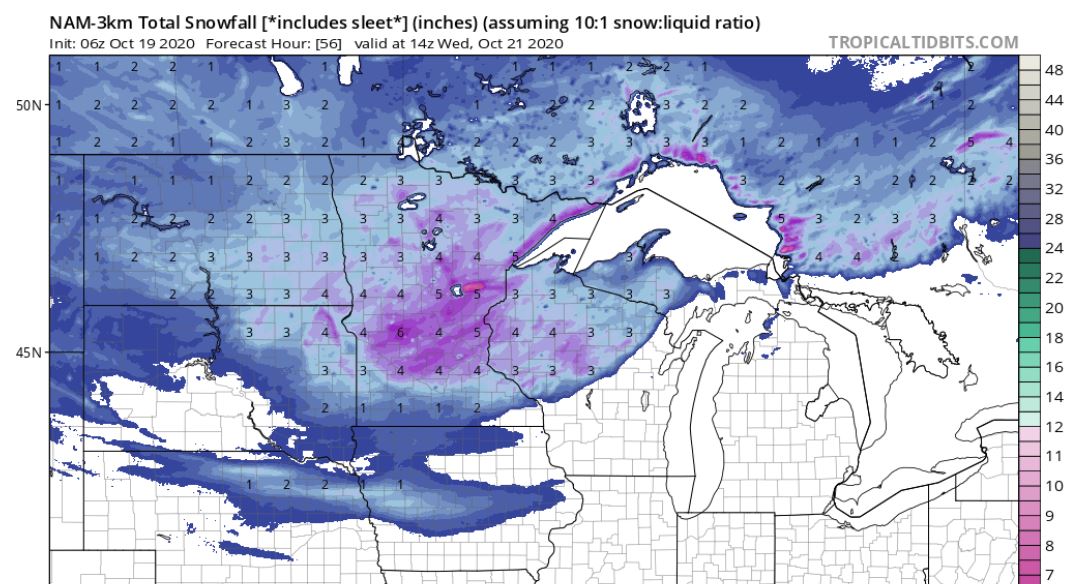 When we last met on Saturday’s forecast, I mentioned the possibility of a snow and rain mix for Monday night to Tuesday in the Twin Cities/Minneapolis/St. Paul. Unfortunately, that balanced seems to have shifted more toward snow, and I’m here today to talk about it and the timing.

What was once projected to be a day with a high near 40 degrees as precipitation arrived has now become more of a mid-30s type of day, which brings us to the upper end of the “all snow” spectrum.

Here’s the future radar as we approach Tuesday morning, around 8 a.m.:

That blue blob is headed east — right over Minneapolis and St. Paul, as well as much of central Minnesota. Fast-forward to 12 p.m. and you’re right in the thick of it… whatever *it* is (spoiler: it seems like it’ll be snow):

There’s a chance that near the tail-end of this system you’d see some light rain mix in, and definitely see it closer to Rochester/Mankato. If that light rain can get up to the Twin Cities it’ll eat away a bit of the new snow.

Either way, precip clears away overnight and we’re left with some slushy accumulations — but snow accumulations nonetheless. Snow that’ll take a bit of time to melt away, possibly several days for shady areas.