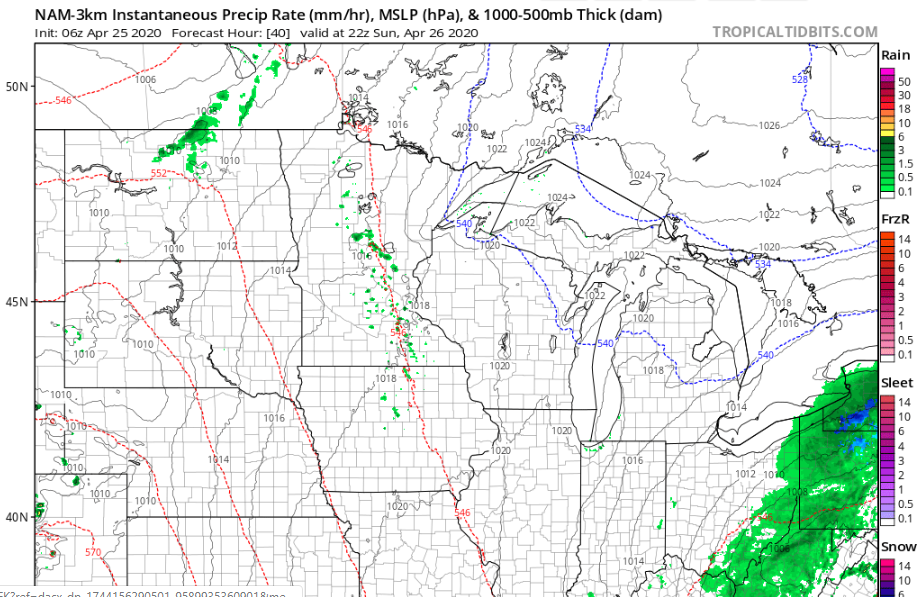 We’ve hit a crossroads in the Twin Cities — and it’s a good one. We see, at least for the next 5-10 days, weather that stays above the 50s and often is well into the 60s (or warmer).

Here’s a look at your 7-day forecast for Minneapolis and St. Paul:

Note the chance, today, for an isolated or scattered batch of showers and thunderstorms. They form early, today, with storm chances in the Twin Cities appearing as early as 1 p.m. this afternoon.

Keep in mind, however, that “storm chances” doesn’t mean it’s going to be rainy. Some of us might see some rain, but overall, it’ll be pretty dry as a whole. Here’s the future radar by 5 p.m., but that view could appear as early as 1 or as late as 2 or 3, lasting into early evening:

Looking further ahead, toward Tuesday to Wednesday of next week, we start to see additional rain chances across the Midwest. While there’s no major storm on the horizon, we’ll keep an eye out heading into those days. Stay tuned and enjoy the spring weather!