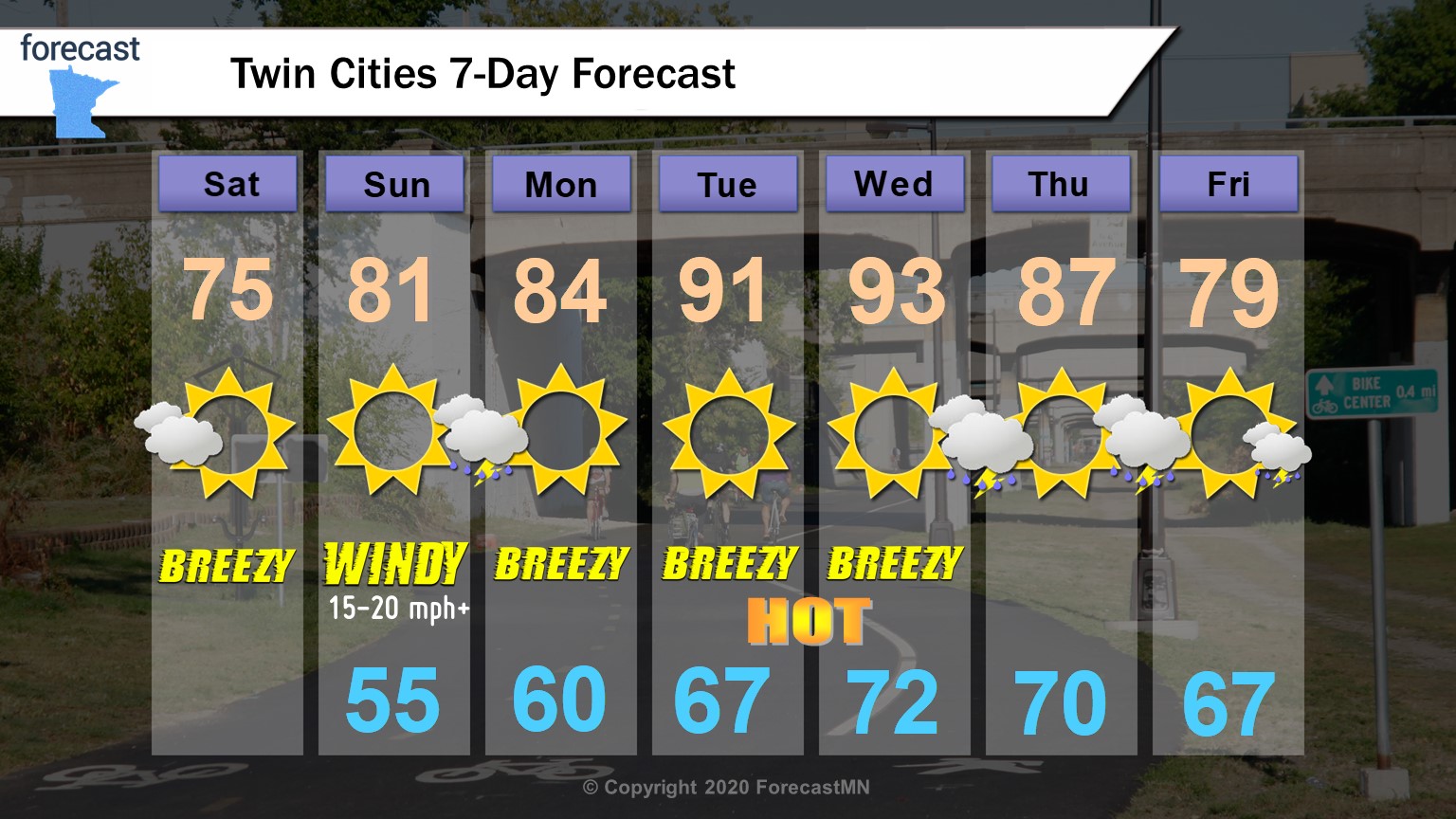 Saturday 6/13/20: Breezy then windy this weekend in Minneapolis

Hello again! It’s been a couple/few weeks since my last post on ForecastMN. Welcome back to both you and me.

Something you might have noticed this month is that it’s been really windy in the Twin Cities, and across much of Minnesota. Part of that last week was due to the remnants of Tropical Storm Cristobal. That was the farthest NW a tropical system has been tracked in the United States/North America:

So, this time we have no tropical system to blame. We just have a post-tropical warm-up. The tropical system drew down a trough of cooler air (and that wind), so you may have noticed the dip in the temperature and humidity over the past few days.

Now, we see a ridge of warm air move in, and it starts this weekend, building into Tuesday and Wednesday’s 90s for highs. Here’s a look at our 7-day forecast:

Just to make it crystal clear, I decided to have some fun highlighting the number of windy/breezy days we’re going to be seeing in the next week. I don’t recall a similar stretch of windy weather to kick off June, and certainly five days in a row of 10-15 mph or higher winds is rare during any month or season in MN.

So why all the wind now? I thought you said wind was due to the tropical storm remants, but those are gone, right? I’m glad you asked.

The answer can be boiled down rather simply: we have a traffic jam, of sorts, in the upper atmosphere:

In that image above, I marked trough or ridge lines, but also areas of converging troughs and ridges. Each thing would bring its own wind, and you can see a backlog toward the western United States.

That image above is for tonight to tomorrow, but contrast that busy picture with this one forecasted for next Friday — our second day in a row of forecast “calm” conditions:

Quite a different picture, eh?

Well, until then, you’ll find me out at Bde Make Ska windsurfing, hopefully all or most of these next five days. Stay tuned!