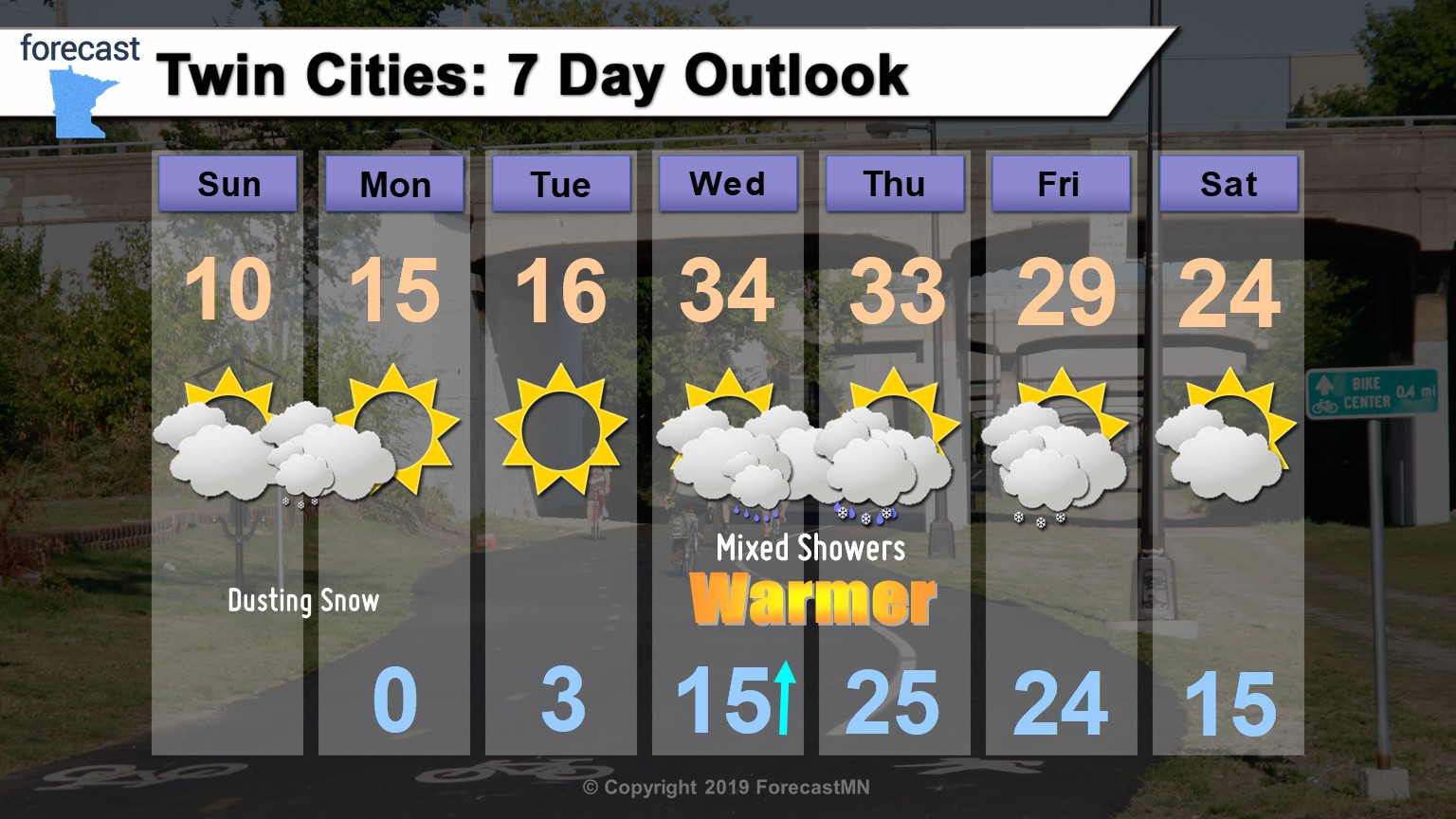 Things are looking up, temperature-wise, in Minnesota and Minneapolis/St. Paul — we just have to get through the next couple of days.

We’re at what’s generally about the coldest we get in Minnesota right now, as we enter the second half of January our average high is around 23 degrees, and sunsets have returned to 5 p.m. or later (yes, that just happened!).

That being said, we see a mixed bag of temps this week, and as we start out 5-10 degrees below average, and end up 5-10 degrees above average by Wednesday:

Looking ahead, our first chance of precipitation comes quickly this week, as we look for flurries by day today (Sunday), and scattered light snow showers tonight.

In the image above, you can see the future radar view for about 11 p.m. tonight, as light snow swoops in from the north, and leaves us with a trace amount of snow. At most folks could see 0.5″, but likely less.

Looking toward the “mixed showers” I mention on the 7-day forecast, it’s less clear cut of a situation that it seems, as we’ll be in the northwestern quadrant of a developing area of low pressure to our south. Here’s the future radar view by Friday, and note the “L” that indicates the center of low pressure:

As that low develops and slides east/northeast, we’ll see some pockets of showers. As of now it’s unclear how much we’d see or even what type of shower, but it looks like and scattered — nothing organized overhead, for now.

Looking further ahead, as we wrap up January, we seem to (for now) dodge any super duper arctic cold. We’ll see some ups and downs as we wrap the month, with the potential for a brief dip below zero on a cold day… but that’ll be it… for now. Stay tuned!