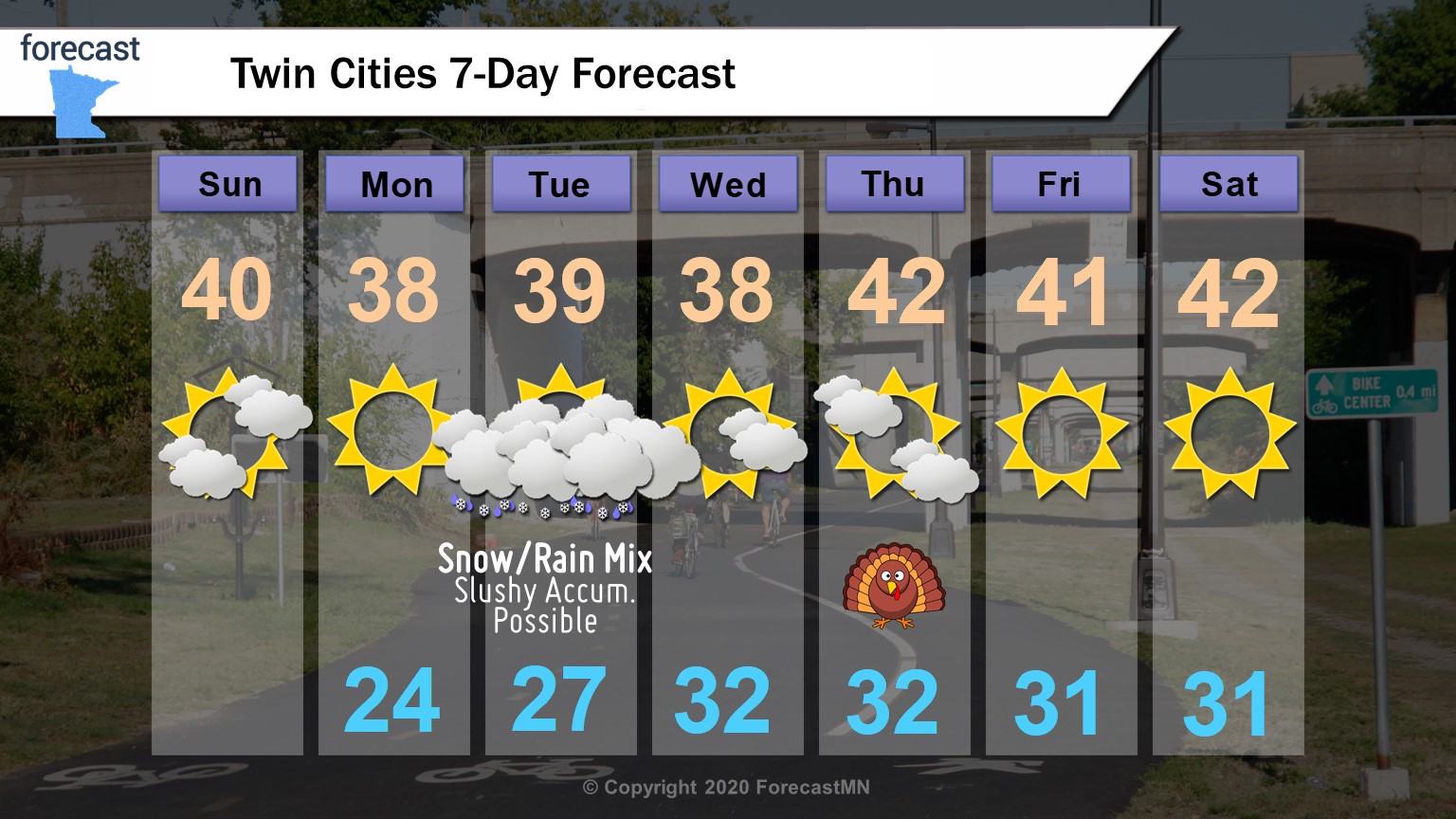 We’ve been lucky for about the past month in the Twin Cities — after about 8″ of snow on October 20, we shed it all with a warm-up. After another 8″ of snow in early November, we’ve shed that snow too. Each time we get it we’re a little bit later in the season, with a little lower sun angle and a little lower chance of melting it away before winter sets in.

That all being said, we’ve made it to November 22 now, and even after a 0.5″ of accumulation overnight last night, we’re still relatively snow-free in Minneapolis/St. Paul. In the extended forecast there’s a chance of rain/snow, with possible slushy snow accumulations on Tuesday, and we’re going to talk about that.

Here’s a look at your Minneapolis/St. Paul 7-day forecast:

So the next step is to jump into that rain/snow forecast. Looking at the forecast models, it looks like we can expect a combination of both of those things. The big question will be when, and how much, of each.

Here’s a look at the future radar for early Tuesday morning (around 2-3 a.m. Tuesday):

That picture looks pretty straightforward: snow. That’s essentially all we’d get, and it’d be a thick layer of 3-5″ of it. However, that’s the NAM, a short-term higher resolution computer model. We’re seeing a different picture elsewhere that’s less snowy.

Where I circled in the image above would be rain, indicated by the models, rather than snow. Even if we saw 2-4″ of snow first, if we saw rain at this level we’d be left with an inch or so on the ground, if that, as rain eats away snow very efficiently.

Looking at the European ECMWF it’s more of a blend between these two models, indicating a blended result. If I had to put some numbers out right now, I’d say we can expect a few inches of snow Tuesday, with periods of rain (especially midday and later) that will eat away a portion of the snow. How much snow remains will be the question, for now.