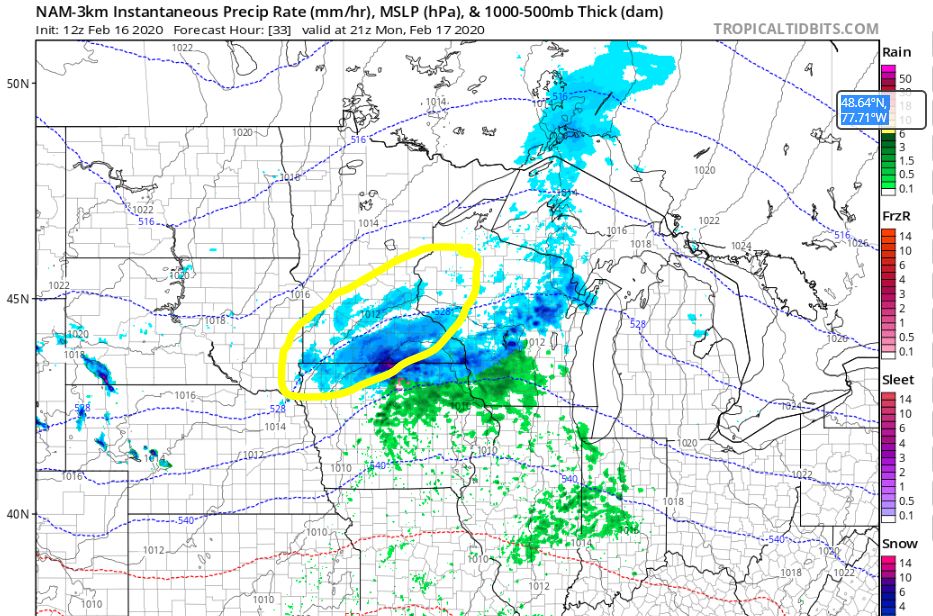 You’ve probably heard some whispers by now about snow chances for Minnesota on Sunday and Monday. I’m here to talk about those, and give you a bit of a timeline, so here we go!

Sunday’s (today’s) snow potential is rather small, but present. A weak wave of energy is currently pushing through Minnesota (that’s why you’re probably seeing clouds right now), and with it is the chance for some flurries this afternoon. Anything much more than that would be unexpected.

Here’s a future radar view for midday Monday, which would be when the best chances for any accumulation start:

Between midday and mid-afternoon is when the best chances for accumulations show up, and I’d say anything more than an inch in Minneapolis/St. Paul would be a surprise.

Right now, I can summarize the chances by saying this: the European model is the only one showing “real” snow (more than an inch), while the two short-term models I trust are showing less than an inch. Potential for more than an inch is certainly there, but past experience is why I’m leaning toward an inch or less total accumulation.