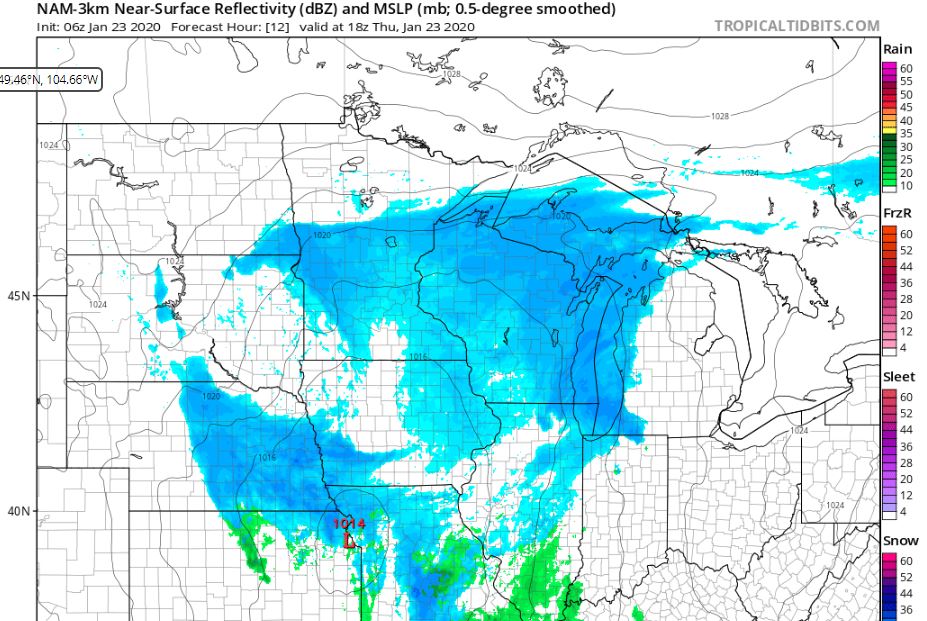 Just when the melting started in the Twin Cities on Wednesday, we saw sleet and then snow slip in, creating yet another version of a wet and white winter wonderland.

Today we’re looking for more freezing fog in the early going, as well as more light snow showers – with accumulations of less than 0.5″ possible today. Here’s the future radar view for midday today:

You can see the light snow circling around Minnesota, with a center of low pressure hovering over NW Missouri (the L). As this system slows a bit, you can see snow lingering in Minnesota and Wisconsin through Friday morning:

That’s when light snow showers move away, and just kind of fade away, as moisture gets cut off from that portion of the circulation.

After that, things quiet for the weekend – although we’ll still likely see minimal sunshine until we get dry wind or colder air. Neither of those things seem likely over the next week or so. However, we’ll likely see peeks of sunshine here and there — so make sure you get outside to soak it in when you see it!