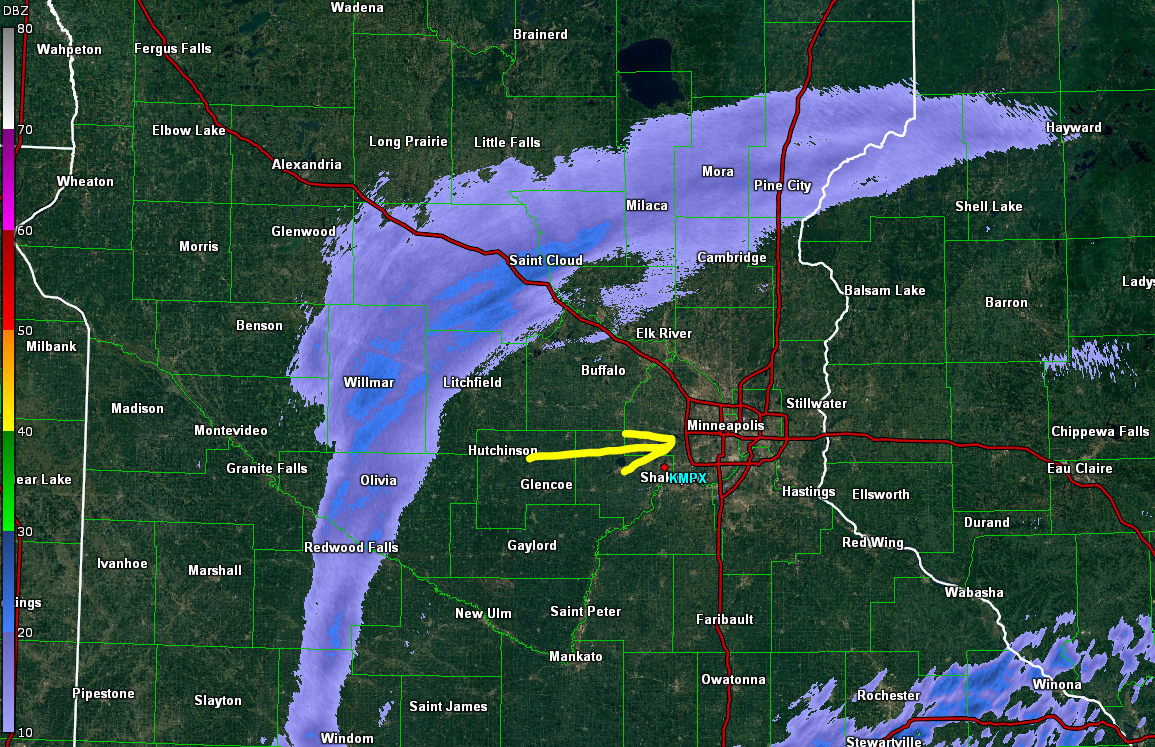 Just yesterday I wrote off Friday’s snow chance, but also talked about a commuteageddon for Thursday morning, this morning – with only 1-2″ of snow, but snow arriving just in time to snarl everything.

Instead, snow holds off until later this morning – closer to 8-9 a.m. instead of 6-7 a.m., but now we’re also looking at accumulations for Friday.

Let’s talk about today’s snow chance first. Here’s the radar view as of 5:45 a.m. this morning:

That snow is set to slide east, as planned – with some likely additional development. We’ll pick up 1″ or so from the first gasp, with some light, lingering, snow showers/flurries lasting even into afternoon.

Final tally I’m expecting for Minneapolis out of this is about 1-1.5″ of snow. Now, for Friday…

Friday’s snow is relatively kind, as well – as it holds off until about 10-11 a.m. Here’s the future radar view as we hit 10 a.m. tomorrow, per the latest high-res models:

The bulk of any accumulating snow should end closer to about 3 p.m. – which could cause some issues for the evening commute. I’d expect some lingering flurries for a couple of hours at least, post-accumulations.