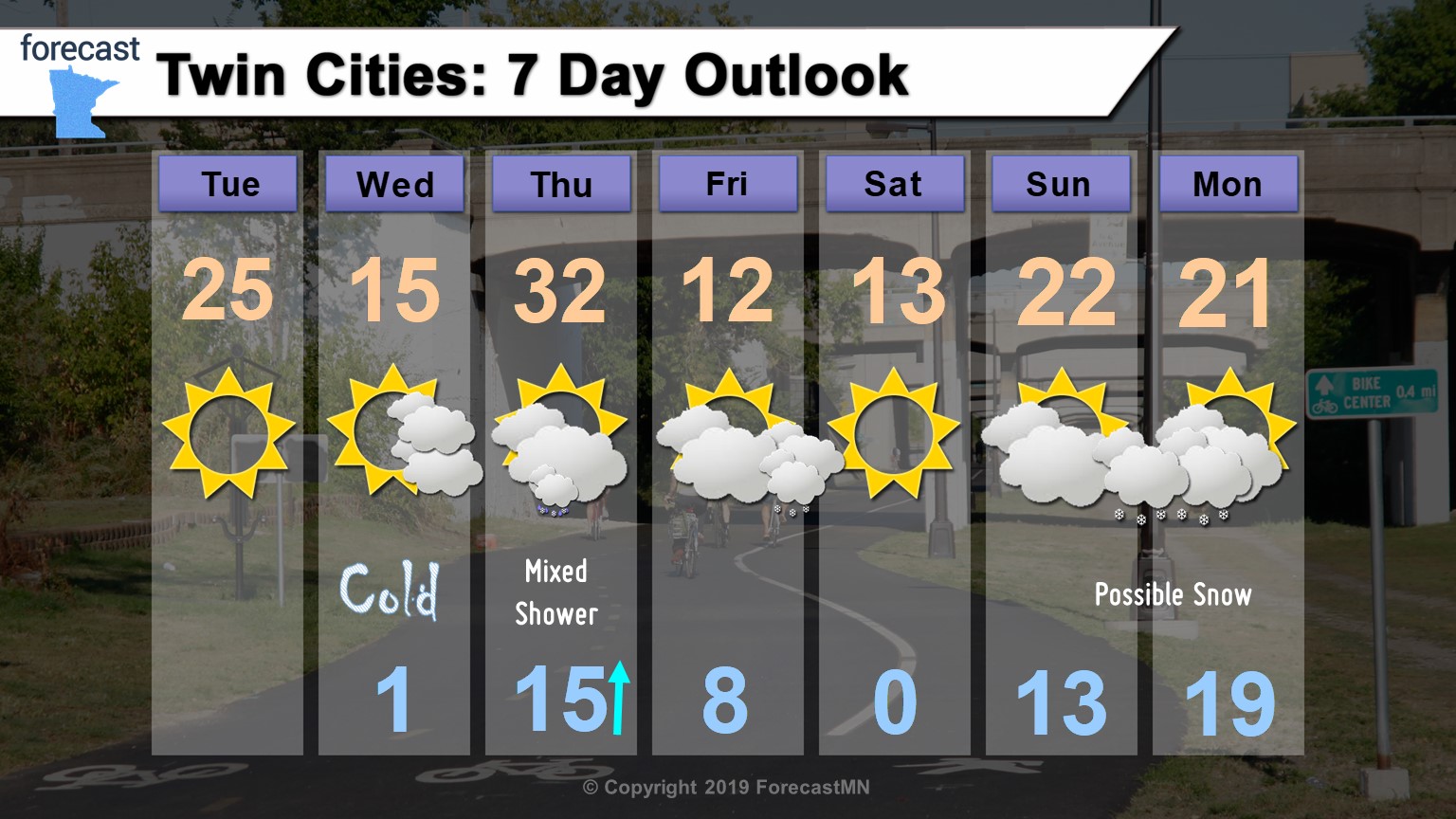 Tuesday 1/7/20: Up & Down Temperatures in Minnesota

I’ve seen and heard quite a few questions over the past few days about the weather in Minnesota/Minneapolis, and especially what’s up with the rollercoaster temperatures in the forecast.

Here’s our 7-day forecast for the Twin Cities, and you can see that up and down trend I mention:

You can see some big highs of 25 – 32 degrees, and some lows close to zero degrees. In some ways, this 7-day forecast normalizes the swings in temperatures.

Here’s an interesting meteogram (temps forecasted as we head into the future) from Iowa State that really highlights the swings:

You can see several peaks and several valleys in that image above — including Wednesday morning and Saturday morning, especially. So what’s happening? Why are temperatures so variable?

It’s because of the alignment of the jetstream, the river of air miles up in the atmosphere that separates cold air to the north from warmer air to the south.

See the image above? That arrow I drew aiming down indicates the colder air behind the jetstream/north of Minnesota. To the west? Another ridge of warmer air.

That trend swaps as we head toward Saturday:

So there’s your yoyo weather, your up and down weather, and your rollercoaster weather. Thankfully we’re generally falling on the warm side of this trend, vs. folks in portions of Canada and Alaska, where temperatures have been gradually getting colder and colder — now down near -30 degrees in some locations. Stay tuned!